Two-Story Cleanroom with a High Bay for Cannabis Cultivation 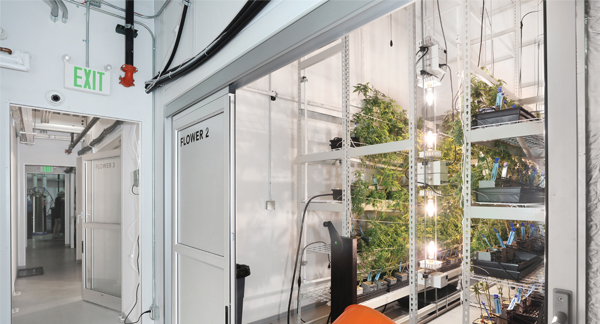 Mother & Clone, having recently acquired its permit for processing medical cannabis, was looking to get its cultivation facility set up quickly and maximize its limited floor space. The company had already leased its existing space, which was narrow, but tall, allowing them to rack vertically.

The cleanroom enclosure would require multiple rooms, including a Mother Room, Clone Room, and Flower Room. Strict environmental control over the temperature and humidity levels would be needed to maintain ideal conditions for harvesting. Flowering rooms were outfitted with sliding doors to ease the transfer of finished product from the room. Additional hardware including push button entries or motion sensors could be added to further ease transfer of product.

PortaFab specified its Series 300 wall system which offered superior structural support with load-bearing capabilities. Its aluminum framework was also ideal for the environment due to its non-corrosive nature. A 16 foot wall height allowed Mother & Clone to take full advantage of the vertical space available, incorporate high bay lighting, and an integrated racking system.

PortaFab’s pre-engineered, modular components could be quickly assembled, which reduced the amount of engineering and architectural design time required. This was a crucial factor in deciding to partner with PortaFab for the build as Mother & Clone faced pressure to get construction completed and building permits secured before they could receive their cultivation license.

The non-progressive construction of Mother & Clone’s cultivation rooms will make it quick and easy to expand, modify, or move finished units as the facility grows. 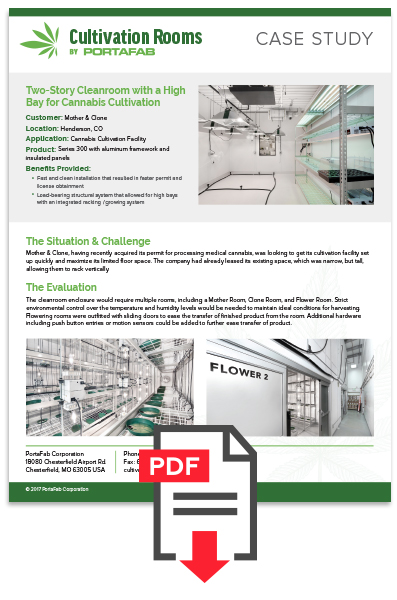 View Photos of Our Work 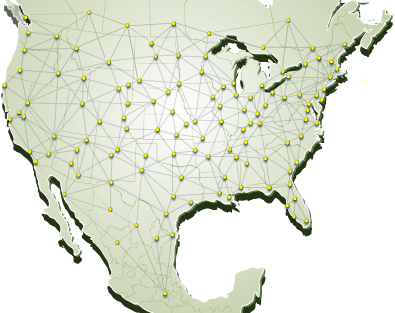 Local installation available due to our nationwide network of representatives.